Liquid xenon serves as the target for dark matter particle collisions in LZ. This remarkable noble element has great properties for radiation detection, and it would be used for all sorts of other applications were it not for the fact that it exists in liquid form only at temperatures around -100 C. This is more than a little inconvenient for most applications, but a price worth paying for rare event searches. Speaking of price, well, that is the other disadvantage… 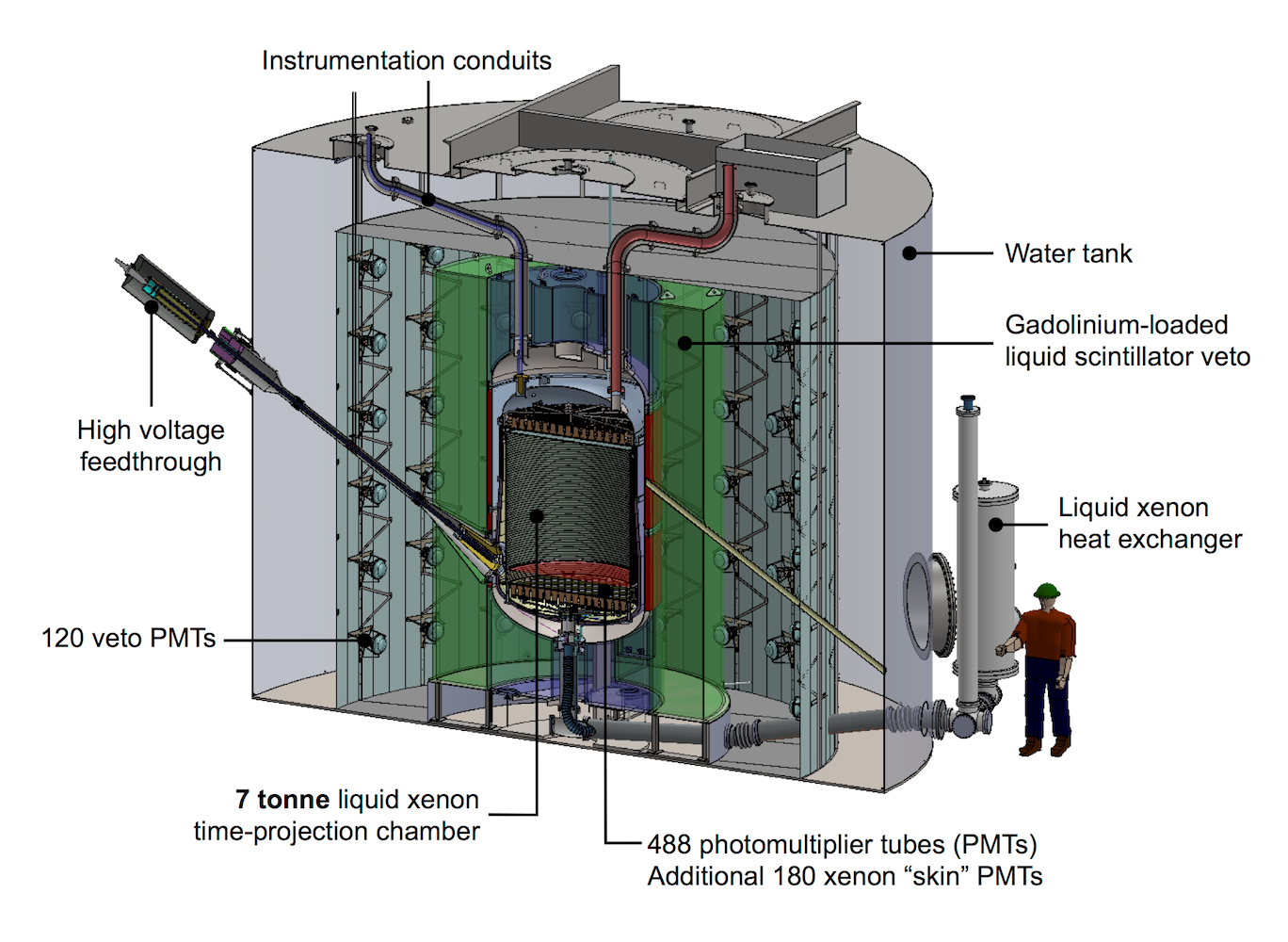 Listening carefully in the middle of a quiet field

Various materials are used at the core of dark matter detectors in experiments all over the world, but liquid xenon is clearly the best, even if we say so ourselves. One of the reasons is that it offers an extremely low background environment to search for rare interactions. Xenon has no problematic long-lived radioisotopes: any radioactivity produced by cosmic-rays, for example, decays away relatively quickly. Being a noble gas, it can be purified to exquisite levels, so that most other contaminants can be removed. In fact, the only backgrounds we really worry about come from other noble elements, such as argon, krypton and radon. In the liquid form, xenon is very dense indeed – aluminium floats in it! – and a large mass will fit within a relatively small cryostat. This also helps shield external background particles from the detector surroundings, which have a hard time penetrating through to the middle of the detector: these are the quiet regions where we search for WIMP interactions.

How do we detect WIMPs?

We need a very sensitive radiation detector, and a way to distinguish between background interactions and possible signal interactions. Most theories predict that WIMPs will scatter from atomic nuclei, like two billiard balls colliding with each other. We need to detect the recoils of xenon nuclei and, at the low energies involved, not many things cause such nuclear recoils by themselves. Nuclear radiation and most “normal” particles typically interact with atomic electrons instead, causing electron recoils. A successful experiment can distinguish nuclear recoil events from the much more numerous electron recoil events for very faint interactions. Two-phase xenon technology offers this possibility – these detectors are often referred to a Liquid Xenon Time Projection Chambers (LXe-TPC). Our LXe-TPC is 150 cm tall and 150 cm wide (inner dimensions), and contains 7 tonnes of liquid xenon. The LZ cryostat contains just over 10 tonnes of this precious, ultra-pure, cryogenic liquid. 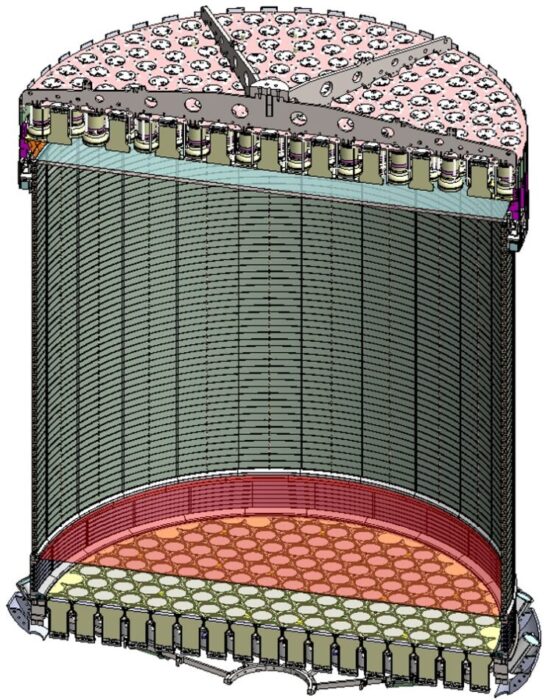 The detector walls are defined by a structure made from highly reflective Teflon®. These embed metal rings which, together with horizontal grids near the two photosensor arrays, create a vertical electric field which sweeps any electrons released by particle interactions into the gas phase above the liquid. 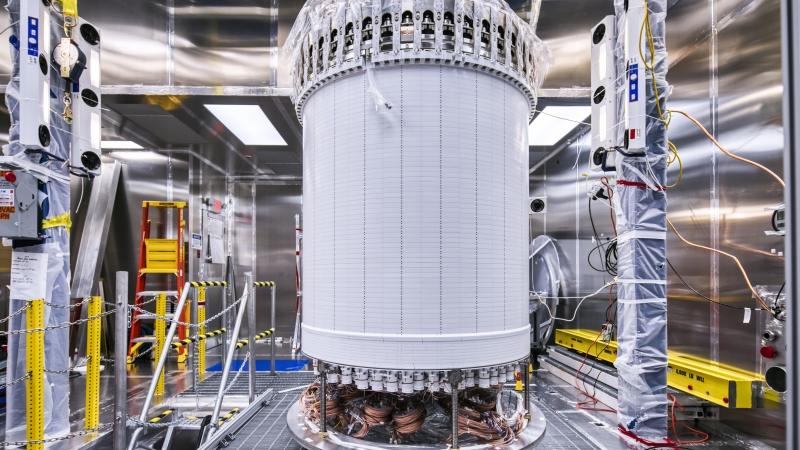 The LZ Xenon Detector fully integrated at the Surface Assembly Facility at SURF.

Liquid xenon is an excellent scintillator: it emits a flash of light when struck by a particle, and this light can be detected by very sensitive photon detectors called photomultiplier tubes, or PMTs, viewing the target from above and below. If a WIMP collides with a xenon nucleus we expect it to produce some scintillation photons too – we call this our ‘S1’ signal.

In addition, the atom taking the hit from the dark matter particle in turn collides with neighbouring atoms shaking off atomic electrons here and there. These ‘ionisation’ electrons thus liberated can be steered up to the surface of the liquid by an electric field. Once at the surface, they are emitted into a thin layer of gas a few millimetres thick, where they can gain more energy from the electric field to produce “secondary scintillation” light – this is our ‘S2’ signal. So, each interaction in the target volume causes a prompt S1 signal followed by a delayed, and larger, S2 signal. This dual-phase (liquid + gas) arrangement is clever since it one type of photosensor can read both S1 and S2 signals/ 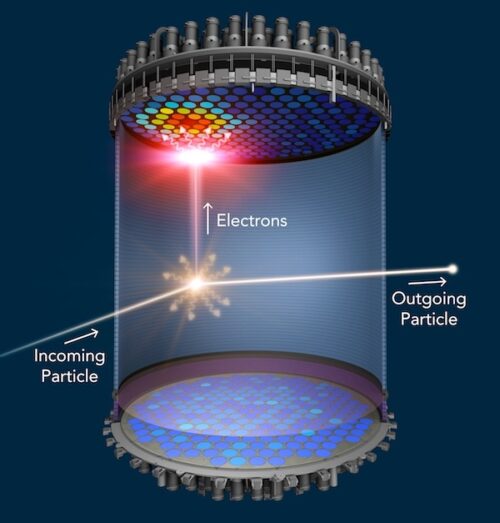 Principle of operation of the LXe-TPC: S1 light is produced by prompt scintillation in the liquid, S2 light is generated when electrons released by the particle interaction are emitted across the liquid surface into the thin gas phase above it.

Once analysed offline, these two pulses allow us to determine several key properties of the interaction. Its location is obtained from the splash of S2 light in the top PMT array, plus the time delay between the S1 and S2 pulses; the latter gives the depth of the interaction very accurately since the electrons drift at constant speed (this motivates the name Time Projection Chamber). The energy deposited by the particle in the collision is measured from the total number of photons and electrons liberated by the collision, obtained from the S1 and S2 pulse sizes. The type of interaction is assessed from the ratio of S2 to S1 pulse areas, with larger ratios indicating electron recoils and smaller ratios suggesting nuclear recoils. With this information we can search for low energy nuclear recoils in the central regions of the detector.

The low background environment plus the ability to locate interactions precisely are not quite enough to reach the full potential of the LZ experiment. To further decrease the background in peripheral regions of the LXe-TPC, two other detectors are required. One is the so-called Skin Detector. This is a thin region inside the cryostat but outside and underneath the TPC, which contains about 2 tonnes of liquid xenon. This is prime scintillator material and is viewed by a further 131 PMTs located in that region.

The second system is the LZ Outer Detector: a set of transparent acrylic tanks which hug the central cryostat. These contain nearly 20 tonnes of organic liquid scintillator doped with gadolinium – a special material that captures neutrons very efficiently. These tanks are watched by 120 PMTs located outward in the water space. Any neutrons scattering in the LXe-TPC can get captured by this ‘veto’ detector and will therefore not be confused with dark matter interactions – neutrons produce nuclear recoils, much like WIMPs, and they must be carefully avoided! The combination of the Skin and Outer Detector are very efficient in rejecting such backgrounds, increasing the fraction of the LXe-TPC used for the rare event search. 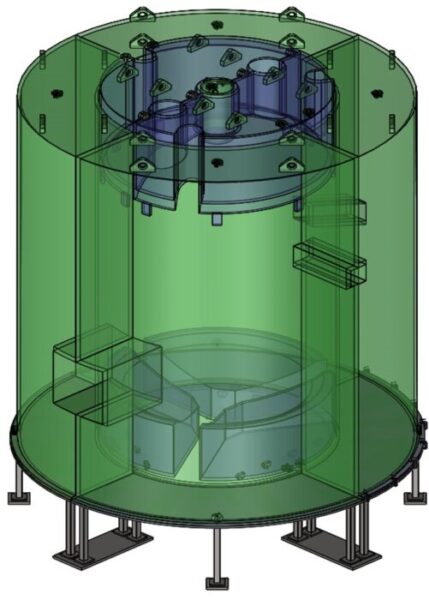 The LZ Outer Detector: liquid scintillator tanks envelop the central cryostat; these transparent tanks sit in the ultrapure water and are viewed by external photomultiplier tubes located further out.

Other ancillary systems are required to operate these experiments, from cryogenic systems, to gas purification, control and data acquisition electronics, and calibration systems. Much more information can be found in the LZ Technical Design Report. 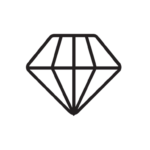 Find out more about LZUK 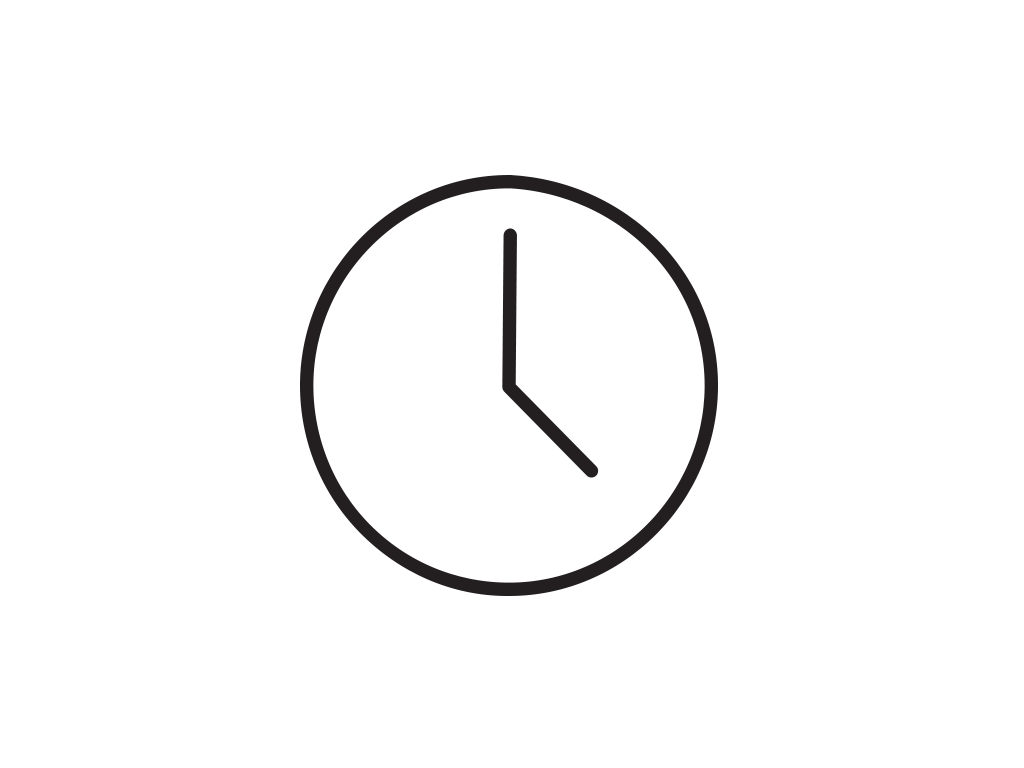 Some key milestones of the LZ Project. 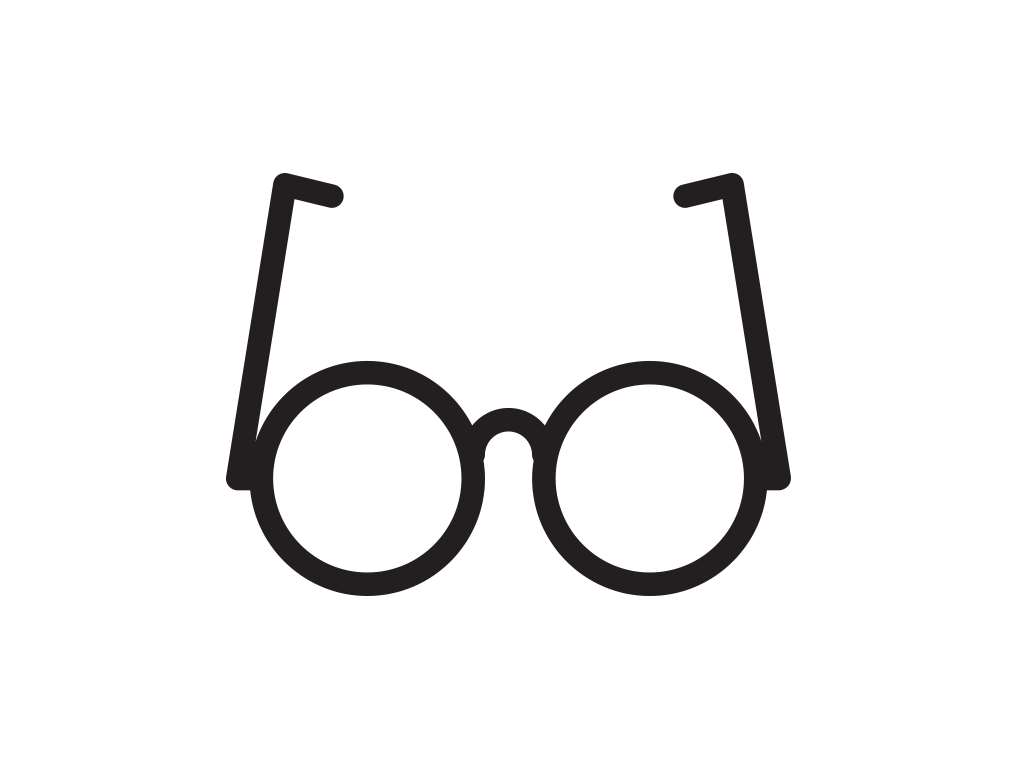 (Nearly) everything you wanted to know but were afraid to ask!